Born in Genoa, she graduates in Italian Literature with the highest marks. On the side of her
professional career, she dedicates herself to the study of vocal and musical technique in various
genres, ranging from opera to pop/jazz/soul. From a very young age she sings in the Genoese Folc
Choir “Nuova Scuola Armonia”. She studies operatic singing with professional teachers, and refines
her soul/pop skills with Paul Rosette and through studio recordings. From 2002 she is the lead
vocalist in the bossanova band “Obrigado!”, performing live in acoustic concerts and in radio
broadcastings (RTL and Punto Radio 96); Teatro Coccia, Novara (October 2010).
From 2003 she starts acting in the drama company “I Sogni Nel Cassetto”. In the Play “Omaggio a
Eduardo con intermezzi”, in addition to the comic acting in the dialect of Napoles, she performs as
“cafè chantant singer” from the Vaudeville-like theatrical tradition of the 40s, with the classical
repertoire of Neapolitan songs..
In 2004 she collaborates to the soundtrack to the animation movie “Il corvo e la farfalla” by Andrea
Cerini, competing in the 2004 edition of the Turin Film Festival. In 2009 she takes part in the
Umbria Jazz Clinics. In the same year she collaborates in the production of the working songs
collection “Oggi mi alzo e canto!” by Michele Anelli.
Thanks to her experience in the operating world, in October 2010 she joins the Operatic Choir
Lirico Quadrivium of Genova, and she performs in sacred music concerts and opera production in
historical theatres.
In 2013 she is appointed President of the Associazione Spettacolo Cultura (ASC), the organization
that includes the Choir itself – and she is still holding the position to this day.
Due to her expertise in the operatic world, she is appointed Art Consultant in the classical/operatic
section at the Teatro Verdi in Genoa, classica/lirica. She is in charge of the copywriting and
presentations for the streaming live broadcastings of opera productions.
Another of her productions with the Teatro Verdi is the musical show “Salutando Verdi”, which she
writes and directs for the celebrations of the 200-year anniversary of the composer's birth.
In 2013 she is the lead singer in the show “Un sogno, una canzone”, produced by the Verdi theatre,
which travels along the evolution of the love song from opera to jazz, including the French tradition
of which Edith Piaf is the best-known example.
In 2014 she joins the rock-progressive band Narrow Pass with Mauro Montobbio, a group that has
be consistently active for several years on the prog scene; the band publishes the album “A new
day”, distributed worldwide and featuring John Hackett.
Since 2014 she has been part of the jury in the TV singing show “Liguria Selection”, produced by
the studio agency Maia Records (Genoa).
In May 2015 she participates in a workshop organized by FIM (Fiera Internazionale della Musica)
on the importance of vocal techniques, together with Maestro G. Battista Bergamo.
Since 2013 she has been the personal assistant of the internationally famous opera soprano Irene
Cerboncini and of the pianist Maestro Massimiliano Damerini.
Since 2015 she has been a singing coach at the Maia Studio, part of the music academy “L’Alveare”
(Genoa).
Since 2016 she has been Vice President of the provincial section of FITA (Federazione Italiana
Teatro Amatori).
She collaborates in the production of several operas with directors Alberto Paloscia (art director of
the Teatro Goldoni in Livorno) and playwright Sergio Licursi, including cameo roles in their
productions of Otello, Tosca, Rigoletto, Traviata.
In January 2017 the album “I am changing” by Ancient Veil is published, a progressive music
production in which she cooperates as a vocalist.
In addition to her work as a lead singer, she is currently active as an Arts Manager, promoting
internationally-known musicians and singers, both on the operatic/classical and modern scenes
(jazz, ambient). 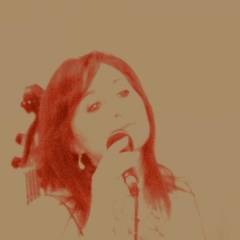 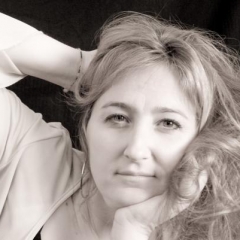 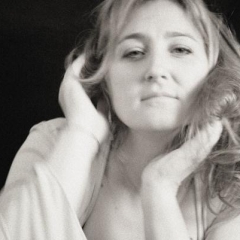 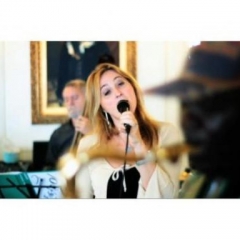 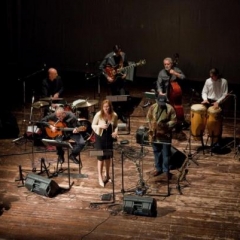 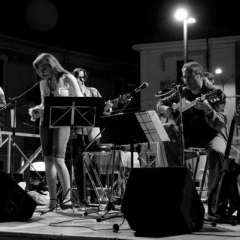 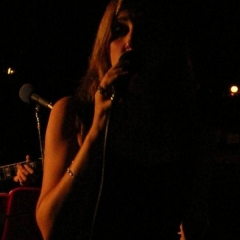 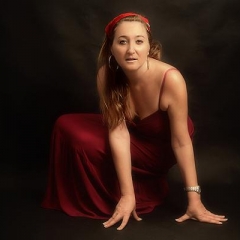 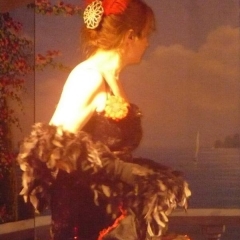 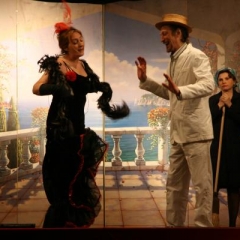